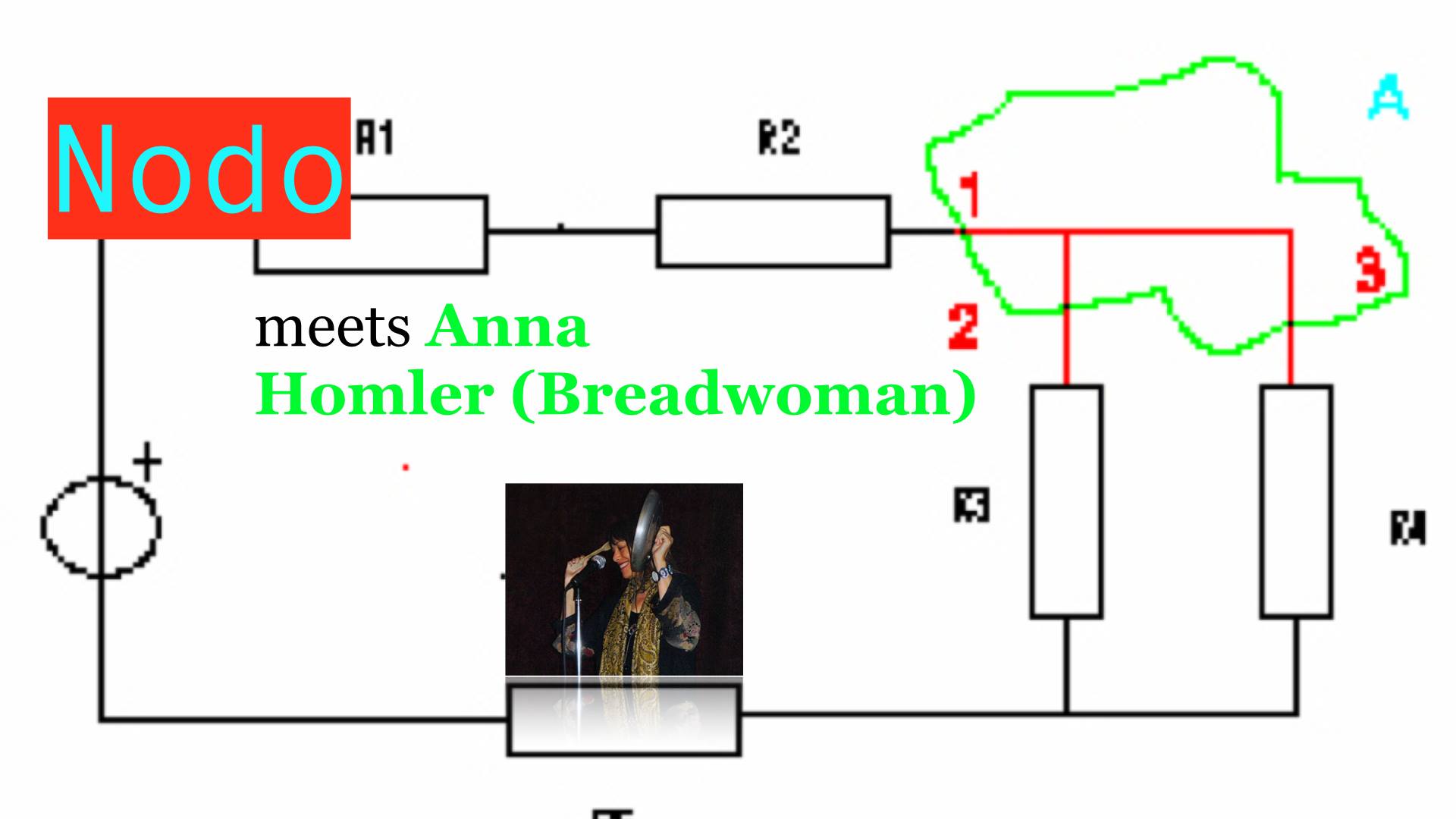 ANNA HOMLER, is a vocal, visual and performance artist based in Los Angeles. She has performed and exhibited her work in venues around the world. With a sensibility that is both ancient and post-modern, Homler sings in an improvised melodic language. Her work explores alternative means of communication and the poetics of ordinary things. She creates perceptual interventions by using language as music and objects as instruments.

HOMLER’s music first became known in the 1980s with her Breadwoman cassette (High Performance Audio), a collaboration with Steve Moshier. Highlighting HOMLER’s work is the performance/installation project PHARMACIA POETICA, which examines the symbolic and tonal qualities of words and objects.

“America seems to be rife with female experimental vocalists, yet of them all, ANNA HOMLER is one of the more original.” —Audion

“The work is transportative, mesmerizing, witty, sexy and intelligent. It has the power to transform the kitsch artifacts and consumer culture into something ethereal, surreal and beautiful.” —Performance Magazine

Turin-based XIII (real name: Alessio Capovilla) is a producer and the co-founder of multidisciplinary Gang Of Ducks label, on which he released his debut ‘No (The Relative Effect of Explication)’ in 2015.
He is interested in sound modeling working through synthesis, computer music and field recording, crossing beats and genres towards something not easily definable.

Turin-based TOMAT (Davide Tomat) is a producer and sound designer focused on space drone/ambient sounds and psychedelic electronic music. He’s co-founder of  Superbudda Creative Collective and has been releasing records with the Niagara and Tomat projects on London label Monotreme Records.He produce music for art performances and installations ,for theatre and contemporary dance acts and for soundtracks. His tracks has been remixed by international artist like Animal Collective, Liars, Fennesz, Acid Pauli and Gonjasufi.

As co-founder of -OUS Records Feldermelder’s influences range from the decomposed structure works of old pioneers of Electronic Music to more classic Jazz, electronic and analog music from the now and before and tomorrow. The diversity of the music that inspires him, finds reflection in his own sonic adventures, forming his ever evolving sound, combining as map and compass to guide his artistic outbursts.
Since 2015 he collaborates on audio visual installations with different collectives.
The collaboration with the Visual Collective Supermafia let to a new show for his upcoming Album. Erratic.
He was described as the lost art of keeping a secret.

Giuseppe Magistro is an italian producer and curator. Active since 2005 he release music under different monikers // Since 2013 he run and curate Details Sound, a post-industrial-neo-tribal-techno label on which his first solo album “Informations” as A HAND and two Ep’s as DETAILS has been released.
Recently he co-founded Martin Pas Synth Shop which is a concept store dedicated to handcrafted synthesizers, pedal effects and eurorack modules located in Turin.

-OUS is a label based in between Switzerland and Italy for wonderfully crafted, electronic music ranging from electronica, over bass-infected beats and deconstructed techno to experimental pop.

MADAM is born from the desire and the hassle of doing together. It arises from the need to charge and infect each other. Intent is to create a set of chaotic nature, in which harmony and dissonance, silence and noise can coexist. MADAM is Many Atoms in order to Develop A Mountain. Take conscience and be part of it.