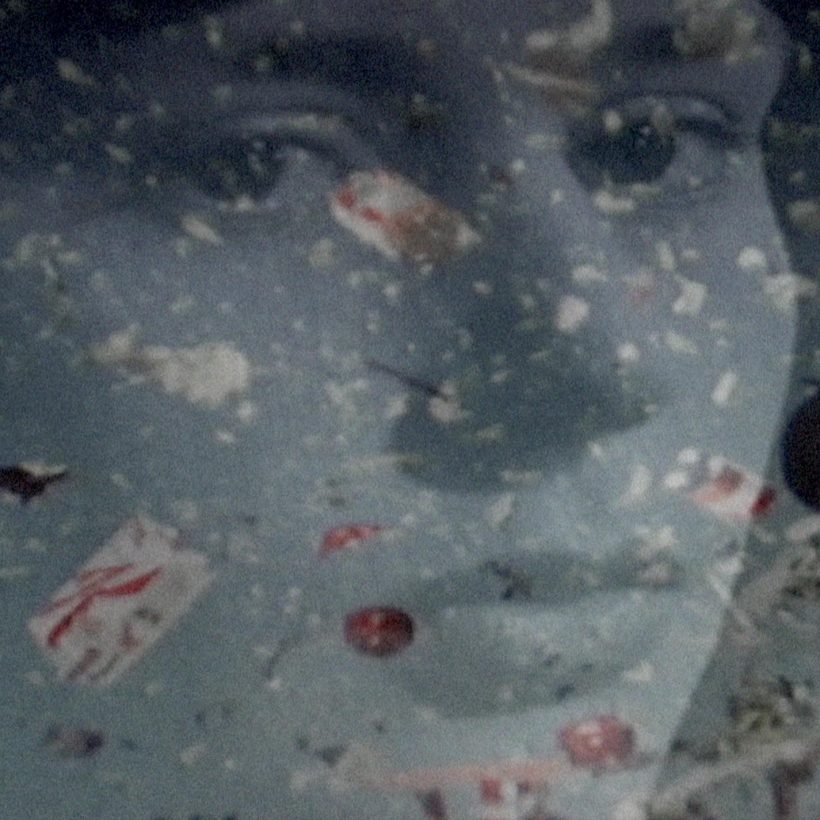 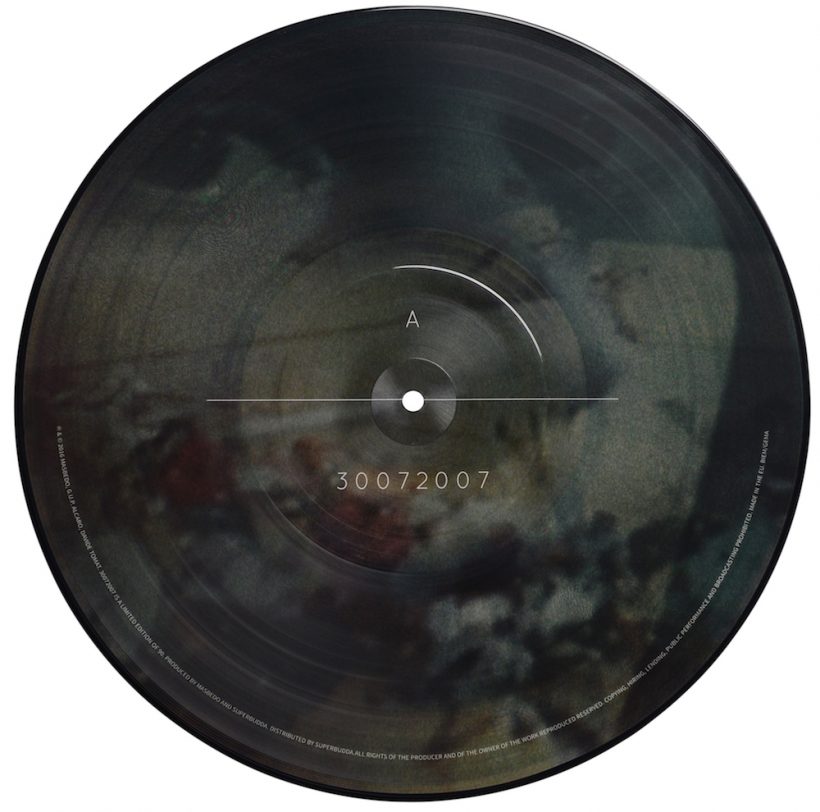 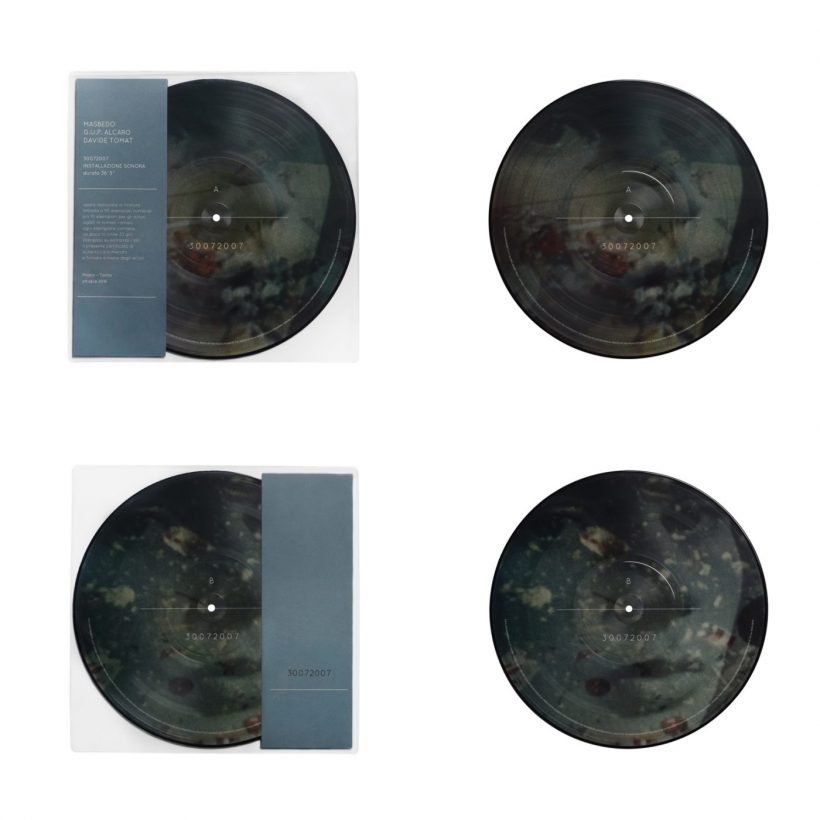 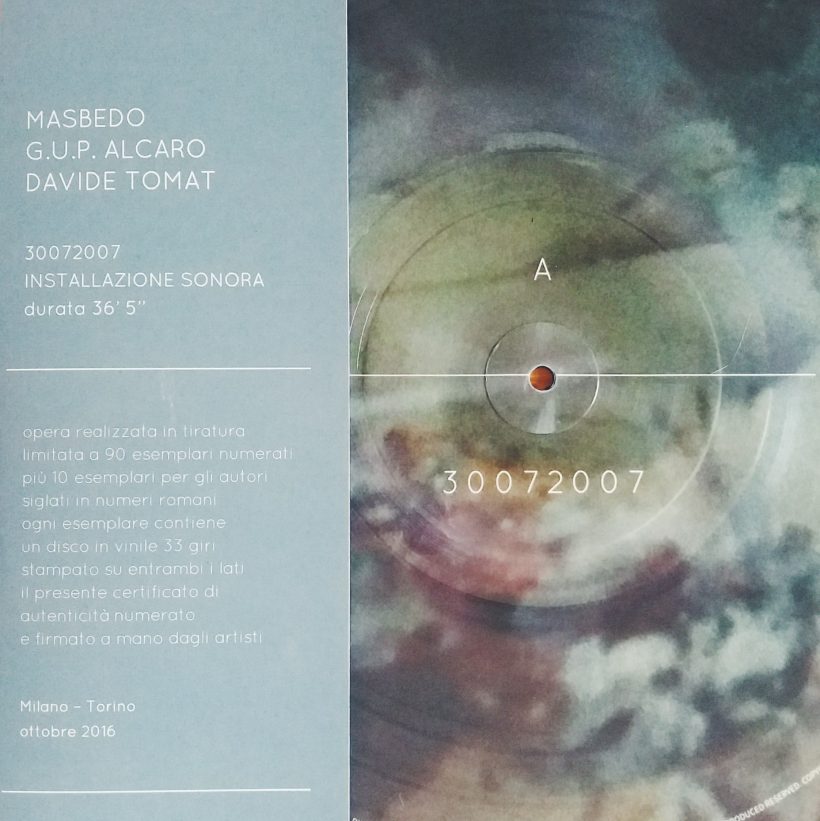 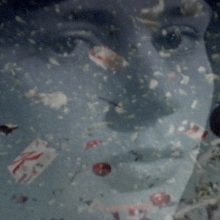 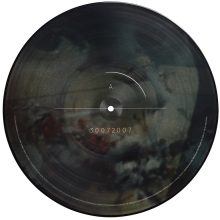 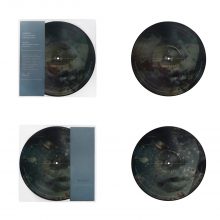 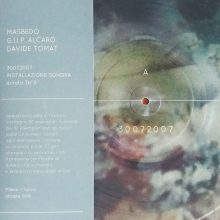 “July 30, 2007” is a point of contact between visual art and sound, inspired by the death date of two of the most important masters of cinema history, Michelangelo Antonioni and Ingmar Bergman.

“July 30, 2007” develops and declines in several languages starting from the elaboration of two key scenes from the movies Zabrinskie Point (1970) and Monika (1956), and it consists of:

– a live video performance with G.U.P. Alcaro and Davide Tomat in which the improvising artists manipulate objects, photographs, films and music through the use of video cameras, projections and electronic equipment

– a 12″ picture disc vinyl (33 rpm) with two still images from the video artwork printed on each side in 90 limited edition copies.

The two sides of “30072007” originate from the manipulation of two sound fragments taken from the scenes of the two movies. The sound and visual imageries are made by the same concepts of interpenetration between two frozen slowed down tracks until they became a photograph of one moment, a new sound. The two tracks, varied in height and duration, were slowed down up to 10,000X to merge in a symphony that advances into a micro-progressive evolution. The vinyl was produced by sound designer G.U.P. Alcaro and composer David Tomat in Superbudda Studio (Turin).

MASBEDO are Nicolò Massazza (1973) and Iacopo Bedoni (1970). They work together since 1999 focusing on video art and installations. They express themselves through the language of video, in different forms such as performance, theatre, installation, photography and cinema. They are recognized in Italy as one of the most important video artists and innovators in the field of contemporary art. Their work stands out  bringing together different arts, from the multiplicity of languages to one choir. Their artistical research has focused on the theme of incommunicability, highlighting the paradox of our communication society. This has led them to produce very intimate images next to a more anthropological, social and political approach. They strive to engage their audience, using the moving image as in installations of character immersive. The work is a synthesis of theatre, performance, architecture, and video.

Davide Tomat is a musician, producer and composer. Since 2012, he has been engaged in the artistic direction of the creative collective Superbudda in Turin. Besides being the mind behind musical projects Niagara and Tomat (released by the London record label Monotreme Records), he also collaborates with lots of musicians such as Gabriele Ottino, Gianluca Petrella, Iokoi, Silvio Franco, Davide Arneodo, Utku Tavil, Ivan Bert, Khompa, Mario Conte and Paolo Spaccamonti. He produces music and sound design for installations, performances and video art artists, directors and choreographers of dance and theatre, working both on realtime processing and studio productions. He produces soundtracks for movies, series, short films and commercials. His music has been remixed by major International artists such as Animal Collective, Liars, Fennesz and GonjaSufi.

Gup Alcaro is a sound designer, musician and programmer. He began his career in 1998 as producer and sound engineer in the studio as well as electronic musician on stage. From 2004 he mainly devoted himself to the creation of sound projects for theater with a focus on interaction and live sound processing. In addition to the long term collaboration with Valter Malosti, during which he refines design and sound dramaturgy techniques, he also collaborates, among others, with Andrea De Rosa, Michele Di Mauro, Sergio Rubini and Fabrizio Giffuni. He works as artistic producer taking care of musical research projects: more recent works include “Rumors” by Paolo Spaccamonti, “I Cormorani” original soundtrack and “30072007”. In 2014 he is awarded with the UBU prize for the best sound project for “Quartett” (TST 2013). Since 2012, he is engaged in the artistic direction of the creative collective Superbudda in Turin.